Come to the Ribbon Cutting for Phoenix Village

Posted On 1 Dec, 2015 - By Brian Slater - With Comments Off on Come to the Ribbon Cutting for Phoenix Village 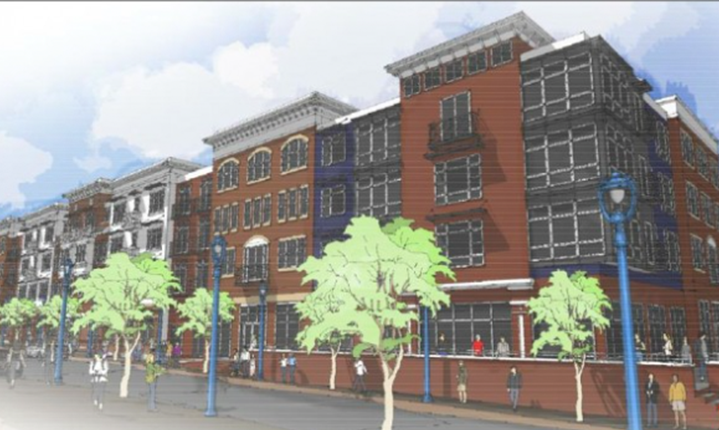 Phoenix Village, a new luxury apartment complex, is set to have its formal ribbon-cutting event on Friday, December 4th at 5:30 PM. So come to the ribbon cutting for Phoenix Village to witness a historic event that is yet another testament to Phoenixville’s continued growth.

The complex itself is made up of a 20,000 square foot retail complex over podium parking. This project is a fantastic addition to Phoenixville as it will attract more people to the center of our downtown district. Jennifer Mayo of CENTURY 21 Norris-Valley Forge was involved with the process through the Borough Council and voted for the project to move forward. The apartments will range from 600 square feet to 1,400 square feet and will include one, two, and three bedroom floor plans.

“I believe this project is important to Phoenixville’s future because it will put 500 plus residents downtown which will help to support our existing stores and restaurants and help grow the town by attracting new shops and eateries,” said Mayo.

Mayo also believes that Phoenix Village will be the spark that Phoenixville needs to encourage other developers to build on the open land that was once Phoenix Steel.

Two real estate developers came out of retirement at the ages of 65 and 85 and partnered with the DeMutis Group to make this project a reality. Initially, they had looked into building something in Philadelphia, but the developers fell in love with our beautiful city of Phoenixville.

The $54 million project includes 275 apartments on 7-acres along Bridge Street. The apartments, and shops below, will be within two, 5-story attached buildings. Further, a 30,000 square foot office building is part of the later phases of construction.

As always if you, or someone you know, need real estate assistance, then contact you local experts at CENTURY 21 Norris-Valley Forge. They can be reached by calling (610) 933-8600.